Due to the ongoing COVID-19 pandemic and the uncertainty of when live events will be able to return, we are delighted to announce that the ACS Pacesetters Security Officer of Distinction Awards will take place on-line this year on 16th June 2021.

Throughout the last year, Security Officers have carried out a vital role keeping property and individuals safe and unfortunately on many occasions have been the target of violence and aggression. We would like to recognise and reward those Officers who have gone above and beyond in their duties during this very difficult period.

Members of The ACS Pacesetters are invited to complete a Nomination Form on behalf of any Security Officer they may wish to nominate. The deadline to submit these is 1700 hrs on Friday, 26th March 2021 and due to the increasing number of nominations each year, we are restricting the number to 5 per member company. A copy of the nomination form can be downloaded here.

We have held the Security Officer of Distinction Awards since 2014 and those members who have attended the events at Windsor will be aware that we usually present the companies attending with a personally engraved award showing that they are members in the current year.  Should any member wish to receive one this year, please contact us by email for further information.

The 2019 Security Officer of Distinction Awards were presented at The ACS Pacesetters Lunch which was held at Royal Windsor Racecourse on Wednesday, 22nd May 2019, in the Riverside Pavilion.

The Winners of the ACS Pacesetters ‘Security Officer of Distinction 2019’ were presented with their awards by Andrew Donaldson, Deputy Head of Risk Analysis, Pool Re.

The standard this year was exceptional and all Security Officers nominated are to be congratulated on their achievement.

Centralus is an employee engagement consultancy that shapes the future of employment by reinventing the whole employee experience. 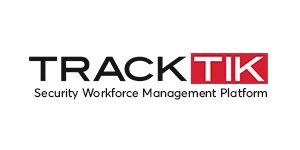 TrackTik was founded in 2013 and quickly established itself as a market leader with the mission to build better software so its clients can run smarter businesses.